The story of the aging American farmer is getting old. Every time a new agricultural census report is released it documents how the age of farmers is rising. According to results of the latest census, the average age of primary producers increased from 58.3 in 2012 to 59.4 in 2017.

This is the reality that has been captured by the census for the past 30 years. The average age of U.S. farmers has grown by nearly eight years, from 50.5 years to 58.3 years. The conclusion is that fewer individuals are choosing farming as an occupation than before. This elicits the same well-worn response from advocacy groups, media and the industry that bemoan the barriers to entry for new farmers: inability to access farmland and high cost of startup capital. This reality is concerning to the profession for good reasons, but it’s discouraging people from entering the profession for bad ones.

Land and money don’t have to be the insurmountable challenges the status quo make them out to be. SPIN farmers start in backyards, either their own or others, or find other unused space. They start generating cashflow within the first few months. Once they they have mastered production and established a customer base using garden-size plots, they can expand to a half acre, and then multiple acres, continuing to fine tune their systems, expand their markets and increase their investment as they go.

Over a dozen years of training SPIN farmers, this is the reality we see. Some practice SPIN in their backyards in the city. Others do it on front lawns in the suburbs. Still others do it on large acreages in the country. Some do it part-time, others full-time, alone or with family and friends. Some are young and just starting out, while others are older and on their third or fourth careers, or starting a lifestyle business in retirement. Some have more money than they know what to do with, and others have less than they need.They span geographies, generations and circumstances.

Here’s what they do have in common: they’re looking for a business opportunity they can develop right in their own backyard. They like working outdoors, they like physical work, they like the idea of producing a product everyone wants and needs, they see lots of people flocking to the farmer’s market and owner/operated restaurants, and lugging around CSA boxes and they decide to try growing food to make some money. This is SPIN-Farming’s alternate reality, and it’s creating a working alternative for those who, at any age, are willing to defy worn-out expectations. 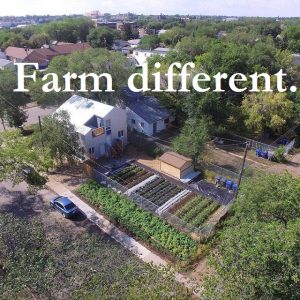 LEARN OTHER WAYS THAT WORK BETTER THAN CONVENTIONAL FARMING PRACTICES WITH A BACKYARD RICHES MEMBERSHIP HERE. 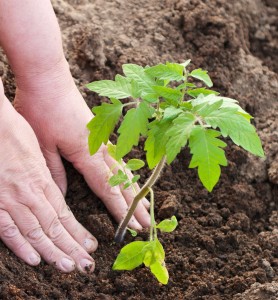