Still high from a full season of farming conferences, and primed by government funded training programs, new farmers are now heading back to the land to pursue their farm dreams. Most often they include a farmstead set amid rolling hills, a lone tractor silhouetted against the sunrise, and many peaceful hours of toil amid fields of plenty. This is what defines traditional farming, and it is what now makes it so challenging as a business. When the thing that makes you is the thing that breaks you, you are in for a tough row to hoe.

Before you strike out to pursue your farm dream, here is a quick reality check:
> the simple life does not come cheap
> you aren't owed a living just because you choose a certain lifestyle
> the less land you put in production to start, the more success you are likely to have
> the further away you are from your markets, the more dependent you will be on the farm aid industry

For SPIN farmers, the starting point is not creating the perfect lifestyle, but responding to an opportunity where they happen to be. Just ask Wally. His business, Wally's Urban Market Garden is now celebrating its 25th year. It certainly reflects his ideals and ethics, but he has always let the business drive the farming, rather than the other way around.

If you don't know how Wally started out, you can read about it here. As he has said, "While the land base and expenses for a sub-acre farm are a fraction of the costs for a  conventional, multi-acre farm, the bottom lines are similar. And counter-intuitive though it seems, a backyard farmer can expect to make the same living as a large-scale farmer, but with less stress and overhead, and with more certainty of success from year to year, because more of the success factors are in a SPIN farmer’s control.

"Had I known about the feasibility of small plot farming when I started my career 20 years ago, I would never have bought large acreage in the country, and would have fulfilled my farming aspirations more easily and with less expense in the city."

So consider this: when it comes to that farm dream: the grass is not always greener on the other side of the fence. 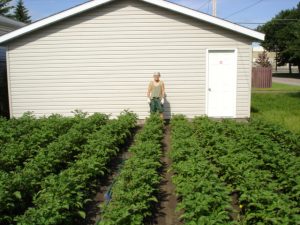 With SPIN-Farming, the back forty might be measured in square feet, instead of acres, but the satisfaction that comes from practicing intelligent, dedicated craft and soil -based farming is the same. Plus you make more money with less stress and more control over your operation. 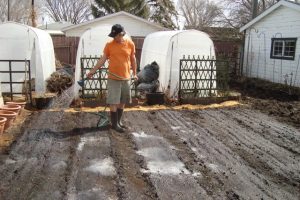 On Wally's large farm outside of town he invested in an expensive and elaborate irrigation system that depended on fluctuating river levels. In his backyard plot in the city, his irrigation system is a hose and the water faucet. 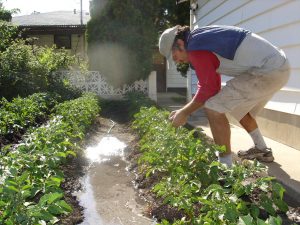 At Wally's city-based farm, organic methods are much easier to abide by. With this backyard scale operation most pests can be controlled by hand... 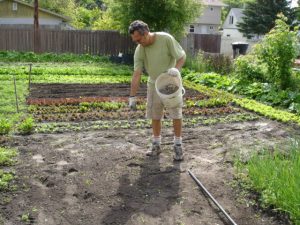 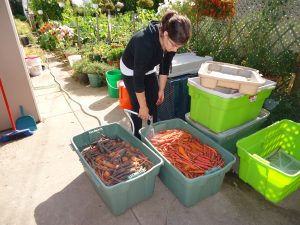 Think before heading for the hills to start your farm. Backyard -based farming offers a number of competitive advantages, micro climate and easy access to water and markets among them.

Grow Your Way To $100K
This comprehensive program gives you everything you need to build a solid business and make 5 figures in your first year.
LEARN MORE